A modern take on timeless “Othello” at A.R.T. 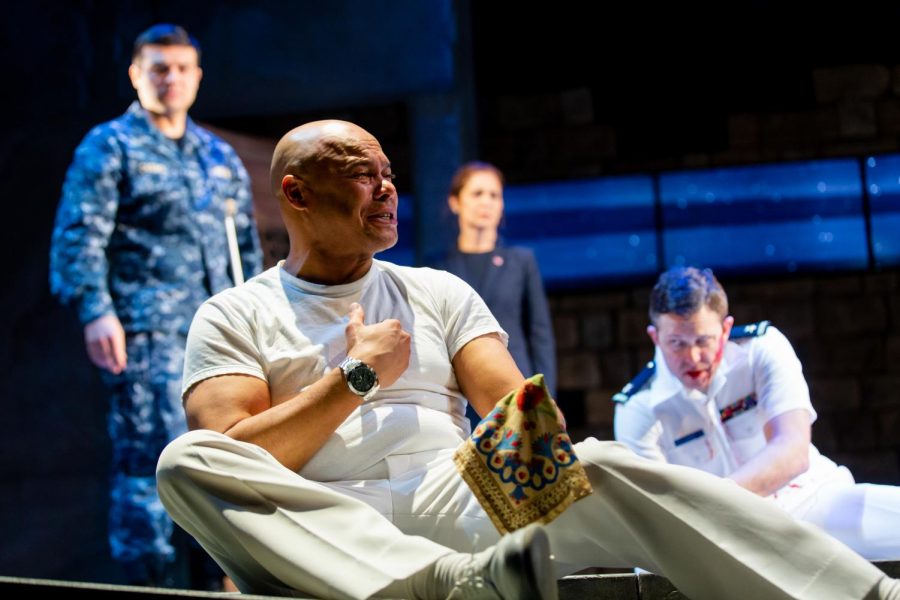 As the house lights go down at the American Repertory Theater in Cambridge, the jam-packed audience of 550 people murmur with excitement in their seats. The word “Othello” glows on the screen of the stage in a modern font, only a preview of what is to come. Instantaneously, you are transported to another time, another place. However, that place feels extremely familiar.

This classic Shakespearean tale has been brought to the 21st century in a way that feels completely authentic. From the familiar jangle of an iPhone, to the appearance of a Hydro Flask at the gym, “Othello” is made to feel realistic and familiar, as if you are watching a movie that takes place in the here and now.

Now, this doesn’t mean that the otherworldly experience of viewing a Shakespeare play is gone, quite the contrary is true. You are well aware that you are viewing the work of a different time period from the way the actors lilt their voices with the cadence of Elizabethan English. The actors masterfully navigate the ever-changing stage, and enrapture the audience by walking past, or even talking to them. 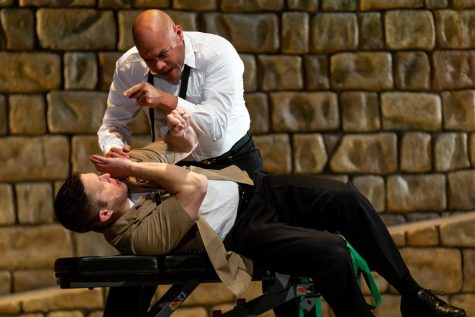 I would not consider myself to be fluent in Elizabethan English by any means, however, I was able to follow the narrative with ease because I felt as though I, an audience member, was apart of the story. Even those who have read “Othello” a million times will be delighted by this rendition. This play is dynamic and will always have you waiting hungrily for the next line.

“Othello” masterfully bridges the gap between new and old and both the young and old will enjoy this play. An overall must see!

(“Othello” is playing American Repertory Theater in Cambridge through Feb. 9. For tickets or more information, go to https://americanrepertorytheater.org/shows-events/othello/.)