The story of Bahari: Its origins and the journey ahead

For singers-songwriters Ruby Carr and Natalia Panzarella of the Los Angeles-based group, their new EP “Forget You” is only the next step 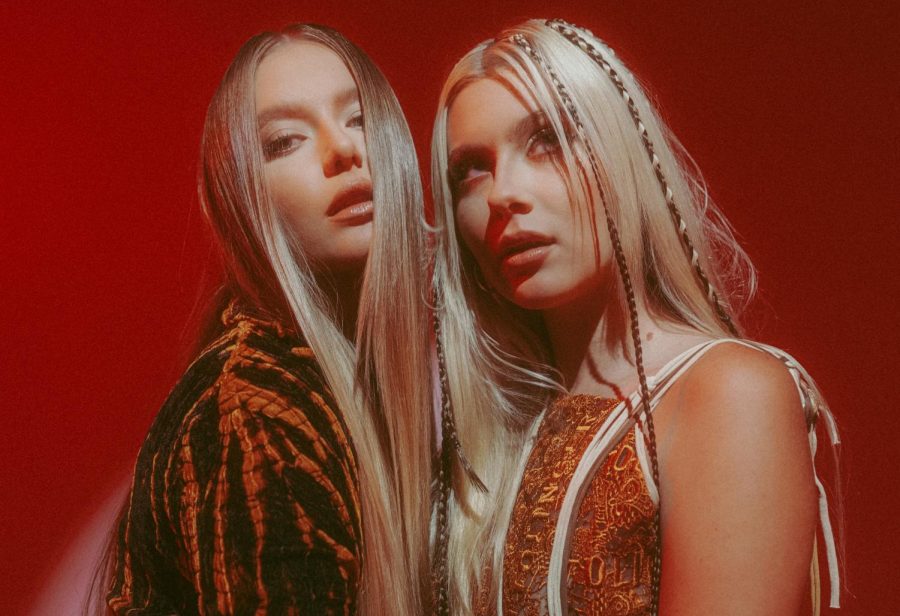 Ruby Carr (left) and Natalia Panzarella came together to form Bahari in 2016. The two have since released multiple hit tracks and continue to write music together as best friends and fellow musicians.

It all started when two 16-year-olds from very different backgrounds found each other at a recording studio in Los Angeles.

Ruby Carr, who had recently arrived in the United States from Kenya, and Natalia Panzarella, who, unlike the former, was already living in Los Angeles, met for the first time at this recording studio.

Despite coming from opposite ends of the earth, a passion for music brought the two teenagers together as friends and fellow musicians, and it didn’t take long for the young girls to decide to share their love of music.

Thus, Bahari came to be.

Bahari, Swahili for “ocean,” now consists of the singer-songwriter duo Carr and Panzarella, who write of personal experiences and share their love of music through their songs.

After their April 5, 2016, debut with “Wild Ones,” which was also featured on the hit TV show “Teen Wolf” and has nearly 40 million million listens on Spotify, the two proudly talk about their latest releases.

“Jackie Kennedy,” a song released March 4, 2021, elaborates on the pair’s shared experiences of losing loved ones with its melodic tune and heartfelt lyrics.

“I lost somebody really close to me at a really young age, and Ruby had experienced that as well,” Panzarella said in a recent Zoom interview. “[It was] something that we both really bonded over; it was something that made us feel [isolated], so to be able to have somebody to write that song with was helpful.”

Likewise, “Bipolar,” which was released March 5, 2021, also tells a story —  one that is based on Panzarella’s experiences before being diagnosed with bipolar disorder.

“A lot of times in songwriting, that will happen,” Panzarella said. “You’ll write about stuff you’re feeling or experiencing, and then later, it will make a lot of sense. … Both of [these songs] were devices for us to let out things that we were feeling.”

These two songs are a part of the five-song track in their newest EP “Forget You,” along with “Savage” and “Waking Up the Neighbors,” which were both released in 2020.

Carr and Panzarella are more than co-workers —  they are longtime friends who can rely on each other during tough times.

Their bond through music was especially strengthened through the COVID-19 pandemic in 2020, which came as a shock to the musicians as it halted their ongoing tour and other activities at the time.

“We were playing music finally for the first time, [but then] the world just stopped,” Panzarella said. “I think it definitely affected our mental health because we were going so fast and then everything just came to a pause.”

During the pandemic, the pair continued to focus on creating music and improving their craft. Although it had its drawbacks, the pandemic allowed Carr and Panzarella to create music that was more personal to them.

“Songwriting was always such a collaborative thing … but so suddenly, it was just the two of us,” Carr said. “We [were able to] write songs that were a lot more open about how we felt about things and a lot more emotional and vulnerable, and this EP that we just put out definitely reflects that.”

Their music took a more personal turn, and the two frequently found themselves sharing more about themselves as they wrote lyrics together.

The duo have not only invested time in music but are also currently advocating for mental health through Project Healthy Minds, an organization that aims to offer mental health help to those who need it.

“We want to be able to talk about [mental health] with other people so that they don’t feel like they’re going through things alone,” Carr said.

Though live performances were temporarily halted, Carr and Panzarella say fans can look out for more from Bahari in the future, including —  but not limited to —  virtual shows, new releases, and even a tour.

“We’re definitely going to be putting out a lot more music this year,” Carr said. “During the pandemic, we wrote so many songs, so we want to just put as much out as possible, and hopefully next year, we’ll be going on tour again.”