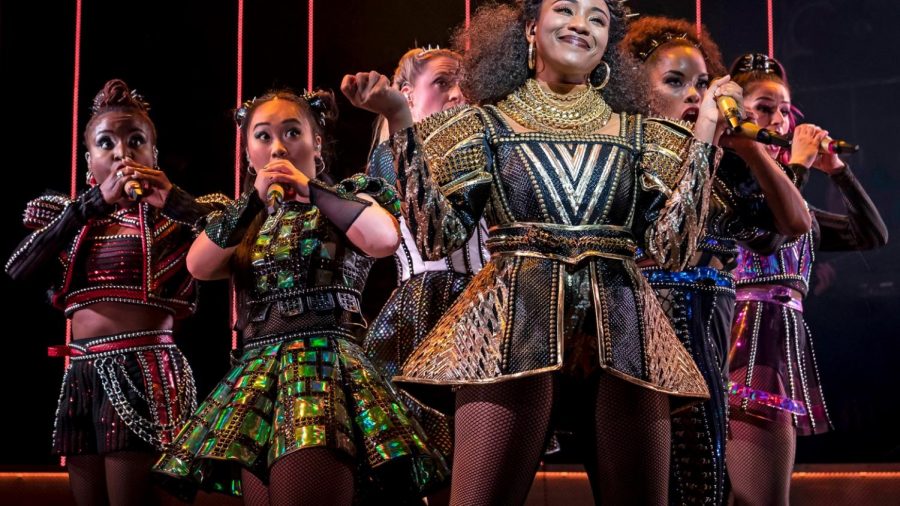 CAMBRIDGE, MA – Six the Musical opened at the American Repertory Theater in Cambridge and will be traveling to Broadway in 2020. The musical revolves around Henry the VIII’s six wives – Catherine of Aragon, Anne Boleyn, Jane Seymour, Anne of Cleves, Catherine Howard, and Catherine Parr – in a pop-concert format.

Each of the Queens takes a turn singing and competing for who had the most challenging life before ultimately recognizing the futility of the competition. While the finale of the musical was slightly predictable, it shed light upon how the Queens are often unjustly compared. In fact, each led unique lives with accomplishments and interests outside of their marriage to Henry the VIII.

Each of the Queens in the musical was inspired by modern-day celebrities such as Beyonce, Rihanna, and Lily Allen. The show did a great job emulating the celebrities while honoring the historical women’s stories and personalities.

The sound-track is modern and refreshing, mixing old and current-day references. One notable example being the song “Haus of Holbein” which depicts a Tinder-like scene in which the King is searching for a new wife. The following song “Get Down” has a chorus that includes the line: “you said that I tricked ya. Cause I didn’t look like my profile picture. Too bad I don’t agree.” Both songs make fun of the beauty roles established for Tudor women, which is a recurring theme throughout the musical.

One of the best aspects of the musical is the dancing, which is high-energy and buoyant. The customs accompany the glitzy choreography, shining in the stage light.

The musical discusses important topics such as sexual assault, religion, and feminism. For example, Queen Katherine Howard, played by the talented Courtney Mack, faced sexual abuse as young as 13 before marrying the King at 17. The trauma of the Queens faced was not overshadowed, however, by the lively dancing and music.

Six is one reaction of the increasing demand for musicals with strong female leads; There is an increasing appetite for stories amplifying marginalized voices.

Some may compare Six to Hamilton; however, the musicals are different in a few important ways. For one, Six has an all-female cast, from the drummer on stage to each of the Queens. The King does not even make an appearance in the musical, which was a powerful directing choice. Hamilton and Six can be compared in the sense that both are inspired by history and have diverse casts. Yet, Hamilton brings viewers through a story with a well-established plot and a chronological sequence of events. Six, on the other hand, does not have a clear plot. But, it doesn’t need too. It’s entertaining regardless and is meant to be a girl-band concert.

The audience at the ART was energetic, cheering and clapping throughout the musical. During the final song “Six” the entire audience clapped along. The musical has a profound way to connect with the audience, from breaking the third-wall to the constant squealing of the audience throughout the show. After the show ended, each of the Queens exited through the stage door and signed playbills.

The 80-minute show flies by due to the catchy and dynamic soundtrack and confident Queens. Six is a show on the path to becoming a cultural icon; it is only a matter of time.